Imagine this: it’s the 1970s. You’re a young girl of Chinese, Portuguese, and Hawaiian descent living in Hawaii, your cultural home. Your parents move from Hawaii to rural Idaho, where you’re now one of two children in the whole school with dark skin.

You primarily speak Hawaiian Pidgin English, a creole language, ensuring that you’re even more of an outsider who will be picked on by the other children. When you and your parents go out to eat, everyone in the restaurant stares at you and you’re often not even served by the wait staff. 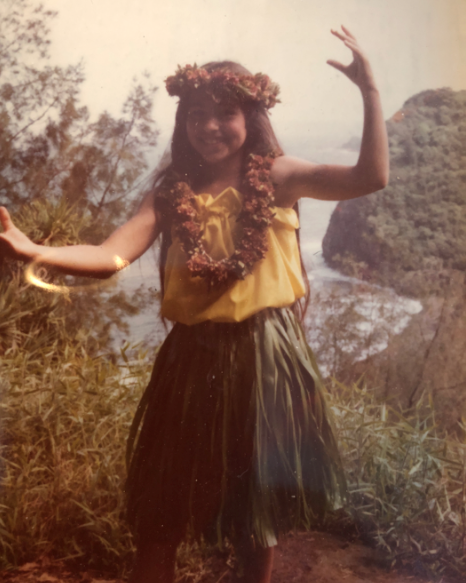 These were some of the early life experiences of Melissa Paller, the Clinical Director of Healthy Minds who is now spearheading the organization’s Substance Abuse Disorder (SUD) program.

Environments profoundly shape people, and these challenging early life experiences have had a lifelong impact on Melissa. As a child, she was particularly interested in the concepts of fairness and equality. “That might just be because my Zodiac sign is a Libra,” she says, laughing.

She also became obsessed with crime and criminal thinking, watching and learning everything she could about the mafia. While other girls in her class dreamed of becoming a teacher or nurse, she aspired to be a border patrol agent, in the hopes that she could ensure people coming into the country would be treated humanely and legally while they were being processed.

Perhaps most interesting of all, Melissa reacted to the psychological pain of being a minority outsider by developing a deep desire to fit in to the broader culture so as to be accepted by her peers. “Once we moved to the mainland I spent my youth trying to be white,” she says in a perfectly annunciated non-accent that sounds more Ivy League than Pidgin English-Hawaiian.

After earning a degree in Criminal Justice, Melissa became a Detention Diversion Coordinator, and later a Juvenile Probation Officer, where she served youth in the juvenile justice system. Married with two young children, her husband had convinced her that becoming a border patrol agent was too dangerous.

A few years later, at the age of 27, Melissa had an experience that would change her life forever, setting her on a course of profound personal and professional self-exploration. A cousin from Hawaii came to visit her. Towards the end of the visit, he lovingly asked, “why are you not representing your people and your culture?”

This question lead Melissa to realize she’d been neglecting her unique cultural heritage to her own detriment, and also her children’s detriment. In the pursuit of fitting in, she’d abandoned her roots and her core identity, leaving a void.

Hawaii Maui Maluaka Beach by dronepicr is licensed under CC BY 2.0.

Looking back, Melissa says, “I’m a Hawaiian first, and I have a legacy to pass on my culture to my children. Yes, I’m a hula dancer, and it’s a passion in my life that got suppressed.”

The process of “reclaiming” herself was not easy. Melissa went through a divorce, and ultimately decided to go back to school to pursue a secondary education.

A conversation with a close friend prompted her to go into a social work education program, and she soon realized she’d found her calling. A short while after earning her Bachelor’s Degree, she took a job as a psycho-social rehab worker in a day treatment facility operated by a new startup company. The facility offered a higher level of care for people with severe mental illness, including intensive rehabilitative behavioral modification.

The work was extraordinarily intense and challenging, yet rewarding. As a single parent with a 10 year old daughter and 7 year old son at home, Melissa had to learn to separate her work life from her home life. With a 30 minute commute down into a valley to work each day and 30 minutes to drive back up, she’d tell herself, “at the top of this hill, I’m leaving all of that there.” This mental exercise allowed her children to have a mom who was mentally present and emotionally available.

Melissa soon moved her way up to become the Program Manager. Then tragedy struck. The company’s owner committed suicide, leaving the employees’ futures up in the air.

Given her talents and work ethic, friends and colleagues had long urged Melissa to start her own company. Despite the uncertainty of the situation, she jumped at the chance for a new challenge, and started an outpatient mental health clinic with another social worker colleague. Soon, their business grew to five offices serving eight Idaho counties.

It wasn’t all smooth sailing. She sometimes sensed friction while managing and supervising her social workers who’d obtained Master’s degrees, given that she only held a Bachelor’s degree. She thus felt compelled to further her education credentials while still running her company.

Ten months later, she completed her Master’s degree through an accelerated program at Boise State University. A year of being a mom, business owner, and student was a feat that necessitated completing a near super-human daily workload.

As her business’s stellar reputation grew, Melissa Paller was approached by Drug Court representatives in two counties, asking if her company would become their drug court treatment provider.

“I do mental health very well, but I have zero experience in substance abuse,” she answered. “We don’t care; we’ll wait for you to do it,” the courts responded.

Thus began a new journey. Melissa started a new company and hired an expert to help her develop its substance use disorder (SUD) program. She also went back to school for the necessary education, and soon became the Drug Court treatment provider for both counties.

Growing a successful business takes hard work. 15 hour days became the norm and even during “off hours,” Melissa’s mind was still engaged in work: what can we do better or differently to improve patient outcomes, how can I manage a particular employee better? The benefits of success and making a positive impact on one hand had to be weighed against the downsides of enormous stress and loss of family time on the other.

Then Melissa got life-changing news: she was diagnosed with cancer. Going through treatment reinforced the realization that life isn’t just about working and she needed to make major lifestyle changes. She wanted to use her talents and experiences to make a difference, but she didn’t want the added stress that came with being a business owner.

In 2010, after many successful years operating her own businesses, Melissa decided to sell. (Both companies are still operating today.)

What to do next?

Never one to sit still or avoid a new adventure, Melissa decided to move from Idaho to Las Vegas in 2011—not just for professional reasons, but for personal ones.

The same cousin who’d once encouraged her to be true to her origins had also introduced her to the robust Hawaiian community living in Las Vegas, which many Hawaiians refer to as “the 9th Hawaiian island.” For over 10 years, Melissa had made regular trips to Las Vegas from Idaho to participate in hula shows, festivals, and various other Hawaiian cultural events, thus developing an affinity for the city that helped spur her decision to move here.

Two other factors that played into the decision: weather and opportunity for impact. Relative to the frigid temperatures of Idaho, warm and sunny Las Vegas was heaven. With years of experience as a social worker and treating people with substance use disorders, she also saw an opportunity to put her talents to work helping a new community in dire need.

In 2012, a doctor friend told Melissa about a new startup company, Healthy Minds, that was treating outpatient children in foster care. Intrigued, she interviewed for a job and was hired as a therapist in December 2012. Recognizing her unique talents and experiences, Healthy Minds soon promoted her to Assistant Clinical Director and then to Clinical Director.

Melissa Paller’s colleagues describe her as both a visionary and a systems thinker. And it’s that mindset that has now spurred Melissa to recognize both a huge community problem and an opportunity for improvement.

With 68% of Healthy Minds’ DFS families suffering from substance abuse issues, Melissa realized that there was only so much impact their teams could have treating a child for mental health disorders if the environment surrounding that child upon leaving their care facilities was not concurrently improved. Further, there was fragmentation in the system: children in foster care were being treated at one facility and the parents were treated at another facility, with little or no collaboration or coordination between the various entities.

Instead, Melissa wondered, what if there was a multidisciplinary team of experts (therapists, psychiatrists, psychologists, and healthy home specialists) who could collaboratively treat both the children and the parents under one roof? What if they could aim to treat and rehabilitate the whole family unit, addressing the upstream problem as well as the downstream symptoms?

Thanks to Melissa’s vision, Healthy Minds’ holistic Substance Use Disorder treatment program was established in spring 2018, and promises to have a profound, positive impact on our community. 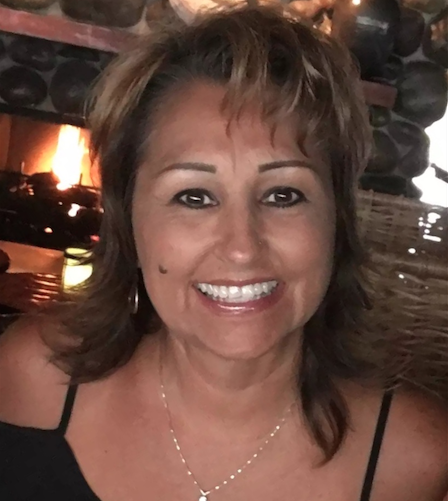 The Hawaiian girl who’d once been shunned by her peers for being different, has come full circle. In the process of finding and being comfortable with her core identity and culture, she’s also found a calling that is making the world better, child by child, family by family.

At Healthy Minds, we’re beyond proud of our hula dancing therapist and Clinical Director, Melissa Paller, and aim to empower her to realize success with the new SUD program she’s developing with the rest of the Healthy Minds team.