Hearing about Lauren Martin’s whirlwind of life experiences is at once dizzying and mesmerizing. How could a Chicago-born girl grow up in Singapore, then go on to dedicate her life to helping children and adults affected by substance use disorders living in Las Vegas?

Buckle in and find out!

Lauren Martin was born and spent the first five years of her life in Chicago. Her parents divorced when she was young, and Lauren says she was “blessed with having both my mother and two amazing dads in my life while growing up.” 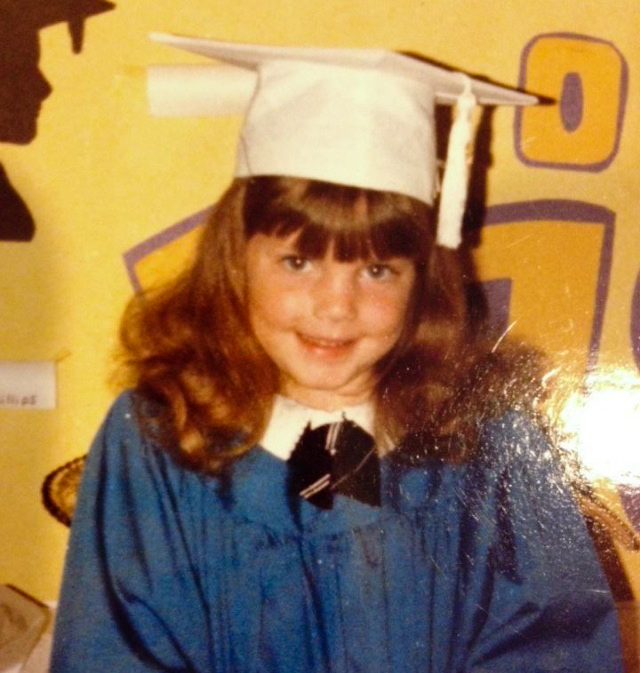 Her father worked in international finance for DuPont, so in the third grade, Lauren found out she and her family were moving to South Korea for his work.

A year later, and another job opportunity inside DuPont took her family further south in Asia to Singapore. It was in Singapore, a culturally diverse and economically vibrant island nation off the cost of Malaysia, that Lauren would spend her formative years.

“Living in Singapore until I was 18 was life-changing for me. The diversity there is out of control cool. For instance, there are four national languages! All the kids I grew up with were raised to be autonomous so we were constantly going on adventures and exploring. The country is so safe that I could take public transportation by myself to go and do what I wanted. It was freeing, but it also helped me become responsible for myself at an early age.”

Lauren and her family never lost touch with their American roots. Lauren attended the prestigious Singapore American School, and the family flew home each summer to spend time with relatives in Chicago. 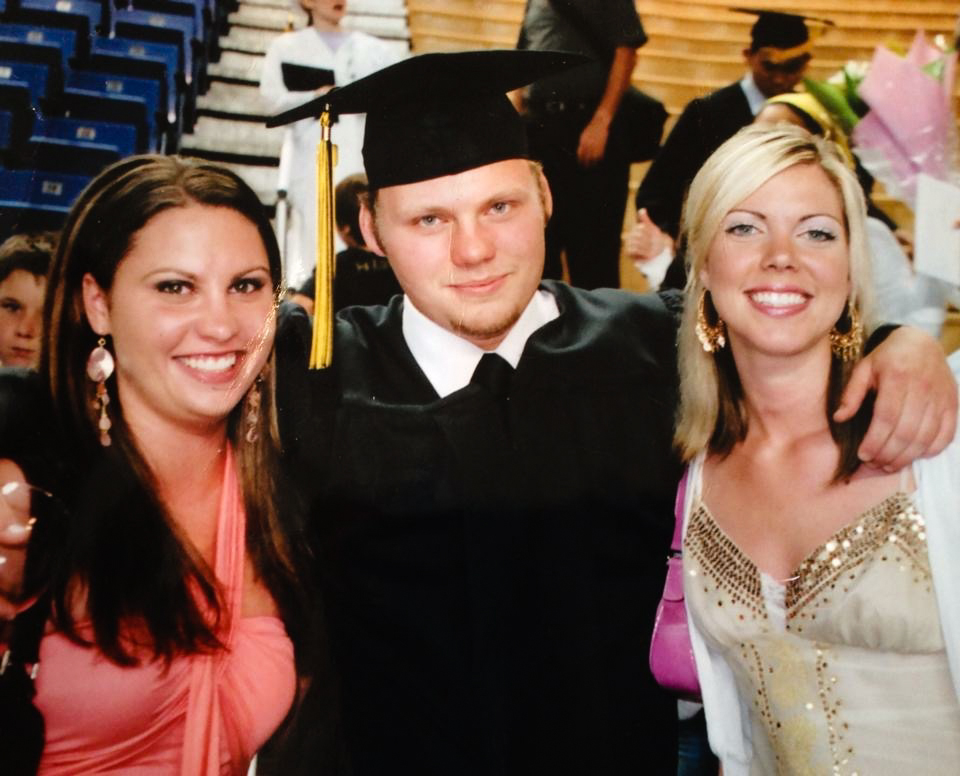 Lauren and her siblings.

Today, if you ask Lauren where she’s from, she’ll tell you “Singapore.” However, as she points out, Singapore being an international hub for commerce, finance, and shipping/transportation, the country is full of expat parents raising “3rd culture kids” like her, who don’t feel fully rooted in any single national identity.

“To give you an example, my 20th high school class reunion was held in Chicago, not Singapore, and old classmates from around the world flew in to attend,” says Lauren.

Moving Back to the United States for College

Lauren’s parents are both devout Mormons, and the Mormon faith has been an integral part of her life and self-identity since childhood.

Thus, when it was time to go to college, Lauren decided to move to Utah to attend Brigham Young University. She soon transferred to University of Utah, where she went on to earn two Bachelors degrees (Nursing and Psychology) and a Masters degree (Nurse Practitioner).

A Family History of Addiction

Social and environmental factors profoundly shape each of our lives. In addition to growing up in Singapore, another major factor that shaped Lauren’s life trajectory was having a family history of substance addiction.

“It sounds odd, but the males on my mom’s side of the family seem particularly susceptible to substance use disorders,” Lauren says. “Being impacted by addiction and seeing the toll it took on me and my family triggered my interest in psychology and psychiatry from an early age. I wanted to understand what was happening and be able to help.”

It was that desire to help that led Lauren, still a 20 year old college student, to start working in a community residential treatment center on their suicide hotline. She excelled at her job and her superiors took note. One day, her boss came in flustered and told her, “one of the nurses just quit and we need somebody to pass medications so we’re going to train you up right now.”

Lauren jumped in to help. Another nurse practitioner guided her through the process and at the end of the experience an epiphany struck: “This is what I want to do – evaluate and treat patients, and prescribe medications when they’re needed.” Lauren now had a clearer career path.

Arguably, her next steps may have been overly ambitious.

Lauren began working three different nursing jobs at the same time: the first in inpatient treatment at University of Utah mental health hospital; the second in home health nursing; the third as a post-anesthesia care unit (PACU) nurse. Lauren worked every day except Sunday for up to 16 hours per day, absorbing as much knowledge as she could from each job.

“I met my husband in a psych ward”

Despite her packed work schedule, Lauren somehow managed to have a social life. In fact, she laughs and says, “I met my husband in a psych ward.”

It was her last semester at nursing school and, to be fair, her future husband was not a patient. Rather, he was working as a health unit coordinator. “I hate to be cliche, but it was love at first sight,” reflects Lauren. They had their first date and six months later they were married. 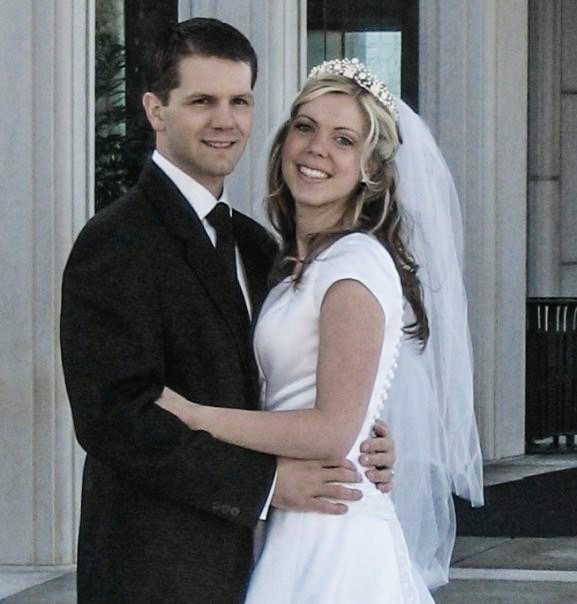 After the wedding, Lauren started a Psychiatric Mental Health Nurse Practitioner Program at the University of Utah. As she puts it, “the psychiatric training I was getting was so focused on the mechanistic aspects of the brain, that I thought I was missing a more holistic understanding and approach. So I decided to switch to a Family Nurse Practitioner program instead.”

From there, Lauren completed a residency program in psychiatry, substance abuse, and urgent care. Then she found a job that was a perfect match for her holistic perspective: a new “hybrid” clinic that cared for the whole individual and took a team-based approach to mental health. Instead of a single specialist seeing a patient, therapists, family practice doctors, dietitians, and psychiatrists might all be involved at various points during the patient’s treatment.

Over the next couple of years, Lauren dealt with dual diagnosis patients (co-occuring psychiatric issues and substance use disorders), and was mentored by the highly regarded Dr. Sean Ponce. While most people in her high-stress job would spend their free time decompressing with a hobby, Lauren decided to work part-time at a dermatology med spa doing botox treatments, which she laughingly describes as “super fun.”

He’d earned a Masters degree in Business from University of Utah, and gone on to start a successful garage door company—which was somewhat in his DNA. Brandon’s grandfather had started the highly renowned national garage door company, Martin Doors, in 1936.

One day, Brandon’s father called him and told him he’d bought the rights to Martin Door in Nevada and wanted Brandon to come run the business, which was based in Las Vegas. Brandon visited to assess the opportunity, and decided he wanted to move there with his family to get started immediately.

There was only one problem… Lauren had no interest in moving to Las Vegas. “It’s too hot. There’s no grass. I don’t like gambling.” These were some of the objections she recalls telling him. “Let’s go out there together one time before making a decision,” Brandon pleaded with her.

To placate him, Lauren came to Las Vegas to scope out the prospects. Despite her initial reservations, she soon fell in love with the relaxed and more open culture, the restaurants and nightlife, and even the geography. After the visit, she told Brandon, “ok, we can move to Las Vegas.”

The Martins took a leap of faith, quickly wrapping up their work obligations in Utah, buying a house and moving to Las Vegas.

Even though she was pregnant with their third child, Lauren wanted to put her talents to work, so she began looking for a new job. She emailed Spring Mountain Treatment Center and asked if they needed a nurse practitioner. “Maybe. Come meet our Medical Director, Dr. Lisa Durette,” was the reply.

Reflecting back on the initial interview with Dr. Durette, Lauren only half-jokingly says that, “it was love at first sight all over again.”

“Lisa is an amazing, amazing clinician and she really piqued my interest in child and adolescent psychiatry. I never thought about it as something I could do before that meeting.”

After Lauren had taken time off to have her baby, Dr. Durette let her know that, along with some other top mental health experts in Las Vegas, she’d started a new mental health facility, Healthy Minds. She invited Lauren to join the team, which Lauren excitedly did.

“I love the work we do and the population we serve at Healthy Minds. In 2013, I realized I’d not just found my geographical home in Las Vegas, but I’d also found my professional home; I can’t imagine not working here or working with kids. It’s my calling,” Lauren says.

Now, everything is coming full circle for Lauren. Throughout her life, she personally experienced the trauma of addiction due to her family history. Additionally, she had years of professional experience treating patients with substance use disorder. Now, with Healthy Minds’ new Substance Use Disorder program spearheaded by Melissa Paller, Lauren will get to put a lifetime of learning and experience to work helping those suffering from addiction in Las Vegas and Southern Nevada.

“My husband and I have fostered children before, and most of my patients are from the foster system. Many people don’t realize it, but so many foster children are victims of substance abuse via their parents. It almost inevitably becomes an intergenerational problem unless the children are able to get help. Breaking that cycle and seeing these children reset and become healthy… it’s rewarding beyond words. As a clinician, those experiences sustain you on the difficult days.”

Lauren’s Mormon faith is also central to her and her family’s wellbeing. It anchors her to her parents and grandparents. It provides her family with structure and an ethical framework. And it helps give her hope and purpose that carries forward into the work she does.

However, as a “third culture kid” who’s lived in highly diverse cultures around the world, Lauren places great importance on separating her private faith from her work with the public. “It’s extremely important to me not to let my faith distort, cloud, or influence my work or the people I see,” she says. “I meet them where they are and I respect who they are.”

A message from Lauren Martin to those suffering from addiction

Lauren Martin’s passion and insights don’t just come from her education or a clinical setting. Throughout her life, her family has suffered the countless traumas that come with having a loved one with a substance use disorder: never knowing when the police or hospital are going to call; never knowing if the person will come home the next day; never knowing if the phone ringing is that last terrifying message that the person is gone forever.

Whether it’s you or a family member suffering from addiction, Lauren has a message for you: there’s always hope. Never give up. It’s always ok to ask for help, and don’t wait a minute longer to seek the help you need.

In Lauren’s case, her family member is now years in recovery and doing wonderfully. “If I hadn’t gone through those things, I wouldn’t be able to help people now,” she says. “I’ve always wanted to be a helper and this is what I was supposed to do.”

We’re sure thankful that Lauren Martin found her way from Singapore to Las Vegas to become an integral part of the Healthy Minds team. As far as we’re concerned, it sure feels like it was meant to be.